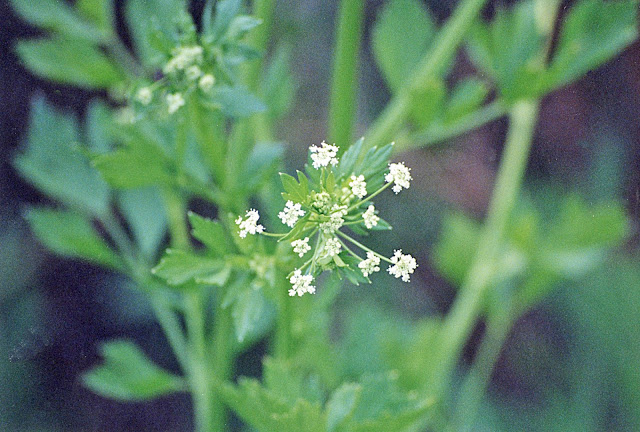 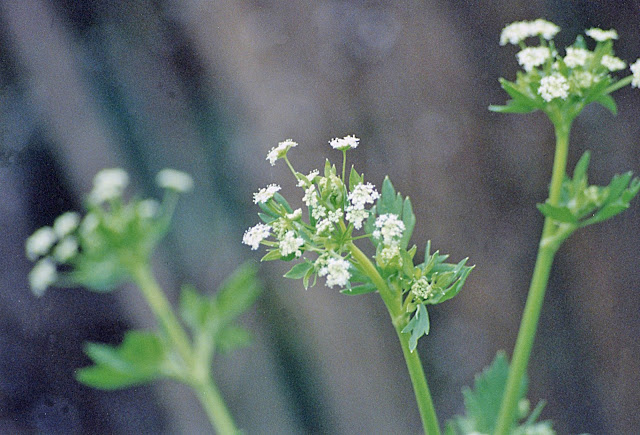 From Wikipedia https://en.wikipedia.org/wiki/Celery
Celery (Apium graveolens) is a cultivated plant, variety in the family Apiaceae, commonly used as a vegetable. Depending on location and cultivar, either its stalks or its hypocotyl are eaten and used in cooking.
In North America the dominant variety most commonly available in trade is "celery", Apium graveolens var. dulce, whose stalks are eaten raw, or as an ingredient in salads, or as a flavoring in soups, stews, and pot roasts.
In Europe the dominant variety most commonly available in trade is celeriac (Apium graveolens var. rapaceum) whose hypocotyl forms a large bulb which is eaten raw grated in a salad, cooked, or as the major ingredient in a soup. It is commonly, but incorrectly, called "celery root". The leaves of rapaceum are used as seasoning, but its fibrous stalks find only marginal use.[2][3][4]
Posted by camissonia (Arleen) at 12:43 AM