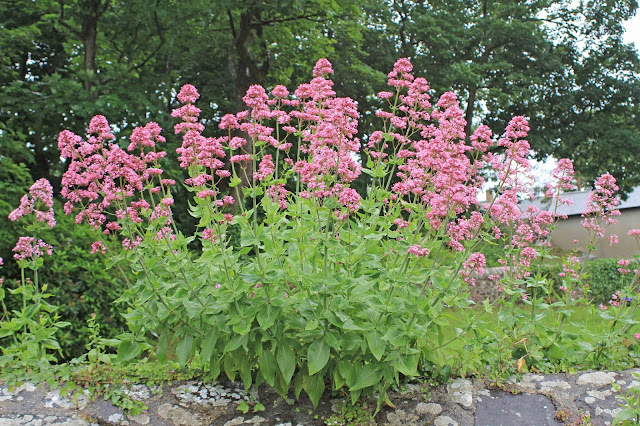 A native of the Mediterranean region, Centranthus ruber has been introduced into many other parts of the world as a garden escape. It is naturalised in France, Australia, Great Britain, Ireland and the United States. In the US it can be found growing wild in such western states as Arizona, Utah, California, Hawaii, and Oregon, usually in disturbed, rocky places at elevations below 200 m. It is often seen by roadsides or in urban wasteland. It can tolerate very alkaline soil conditions. Because it can tolerate the lime in mortar, Centranthus ruber may frequently be seen growing in old walls in Italy and Southern France and South West England.