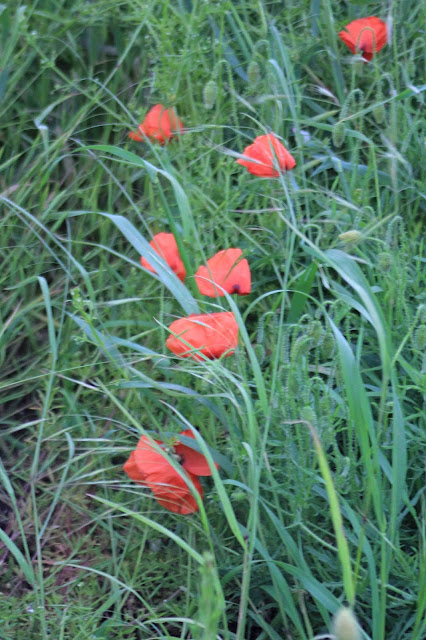 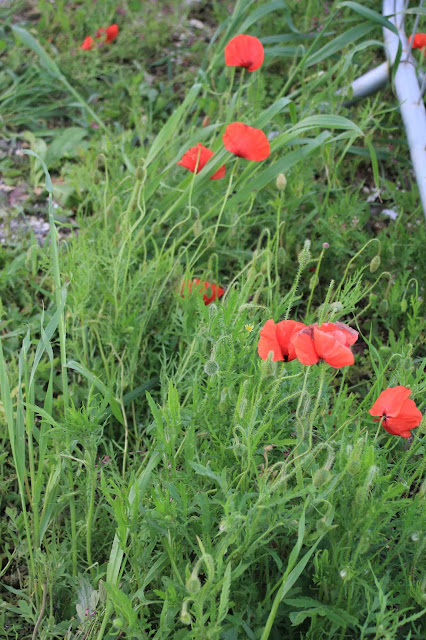 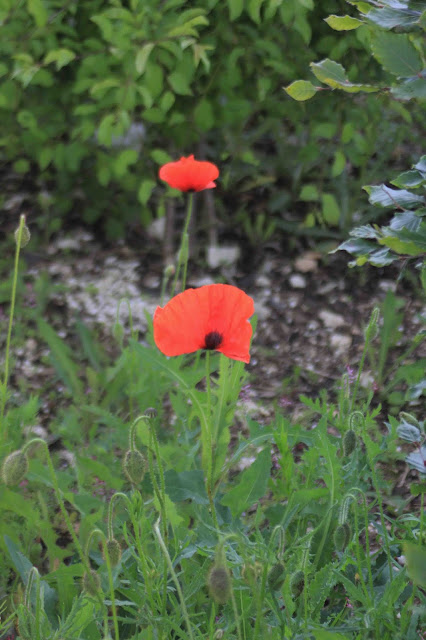 From Wild Flowers by Sarah Raven:
Common throughout England and Wales except in upland regions. In Scotland and Ireland, it is more frequent in the south and east. Disturbed soil in arable fields, field margins, waste ground and other disturbed and open habitats. It is most frequent on light and calcareous soils.

From Wikipedia:
Its origin is not known for certain. As with many such plants, the area of origin is often ascribed by Americans to Europe, and by northern Europeans to southern Europe. Its native range includes West Asia, North Africa and Europe. The leaves and latex have an acrid taste and are mildly poisonous to grazing animals.


Due to the extent of ground disturbance in warfare during World War I, corn poppies bloomed in between the trench lines and no man's land on the Western Front. Poppies are a prominent feature of "In Flanders Fields" by Canadian Lieutenant Colonel John McCrae, one of the most frequently quoted English-language poems composed during the First World War. During the 20th century, the wearing of a poppy at and before Remembrance Day each year became an established custom in English-speaking western countries. It is also used at some other dates in some countries, such as at appeals for Anzac Day  in Australia and New Zealand. This poppy appears on a number of postage stamps, coins, bank notes and national flags.